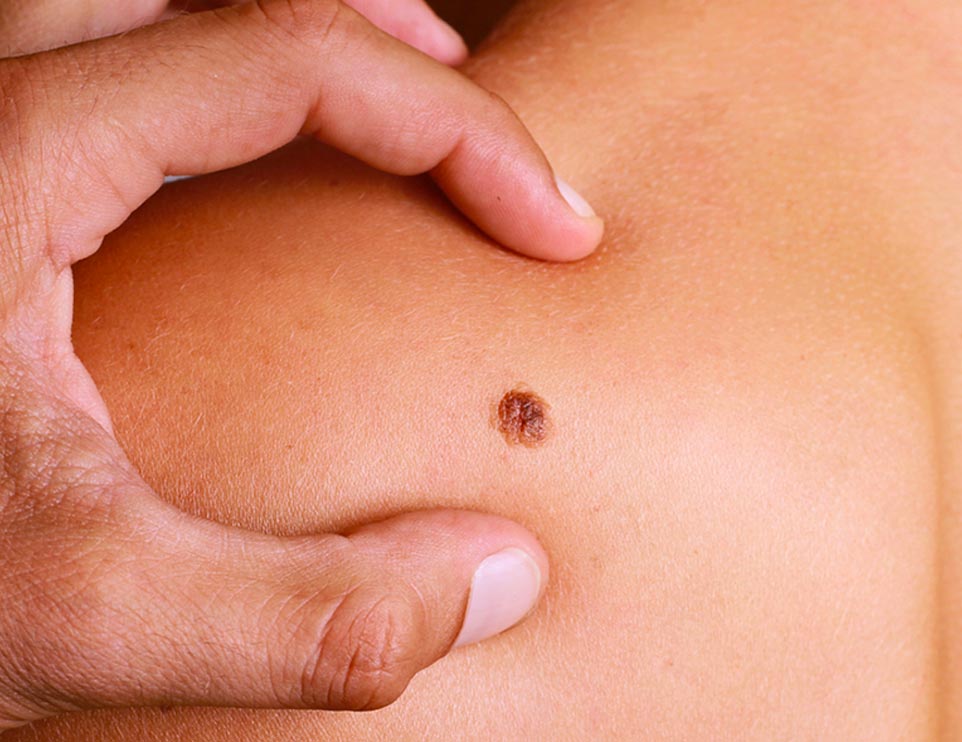 Skin cancer occurs when skin cells are damaged, for example, by overexposure to ultraviolet (UV) radiation from the sun. There are three main types of skin cancer: 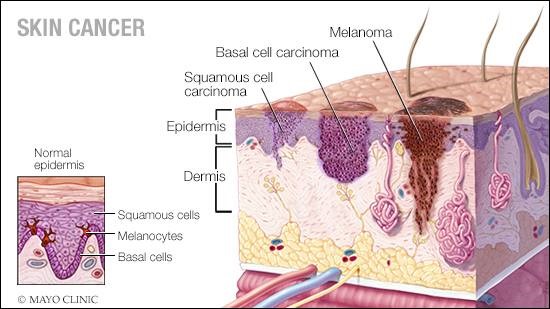 Every year, in Australia:

Australia has one of the highest rates of skin cancer in the world. Anyone can be at risk of developing skin cancer, though the risk increases as you get older. The majority of skin cancers in Australia are caused by exposure to UV radiation in sunlight.

There is nothing healthy about a tan!

Sunburn causes 95% of melanomas, the most deadly form of skin cancer. In Australia, 1 in 8 adults and 1 in 5 teenagers are sunburnt on an average summer weekend. Many people get sunburnt when they are taking part in water sports and activities at the beach or a pool, as well gardening or having a barbeque. Sunburn is also common on cooler or overcast days, as many people mistakenly believe UV radiation is not as strong. This is untrue – you can still be sunburnt when the temperature is cool. Sun exposure that doesn’t result in burning can still cause damage to skin cells and increase your risk of developing skin cancer. Evidence suggests that regular exposure to UV radiation year after year can also lead to skin cancer.

A tan is not a sign of good health or wellbeing, despite many Australians referring to a ‘healthy tan’. Almost half of Australian adults still hold the misguided belief that a tan looks healthy. Tanning is a sign that you have been exposed to enough UV radiation (from the sun or solarium) to damage your skin. This will eventually cause loss of elasticity (wrinkles), sagging, yellowish discolouration and even brown patches to appear on your skin. Worst of all, it increases your risk of skin cancer. A tan will offer only limited protection from sunburn, usually equivalent to SPF3, depending on your skin type. It does not protect from DNA damage, which can lead to skin cancer. Some people who use fake tans mistakenly believe it will provide them with protection against UV radiation. As a result, they may not take sun protection measures, putting them at greater risk of skin cancer.

For best protection, when the UV level is 3 or above, we recommend a combination of sun protection measures:

Be extra cautious in the middle of the day when UV levels are most intense.

See our article on SunSmart.

There is currently no formal screening program for skin cancers in Australia. It is recommended that people become familiar with their skin. Everyone should check their skin at least monthly and have a Skin Check with a Doctor yearly. If you notice any changes consult your doctor.

See our article on Skin Checks.

The sooner a skin cancer is identified and treated, the better your chance of avoiding surgery or, in the case of a serious melanoma or other skin cancer, potential disfigurement or even death. It is also a good idea to talk to your doctor about your level of risk and for advice on early detection. Become familiar with the look of your skin, so you pick up any changes that might suggest a skin cancer. Look for:

Melanoma is the fourth most common cancer diagnosed in Australia, which along with New Zealand has the world’s highest incidence rate for melanoma. Melanoma is more commonly diagnosed in men than women. The risk of being diagnosed with melanoma by age 85 is 1 in 13 for men compared to 1 in 22 for women.

In 2014, 13,134 new cases of melanoma were diagnosed in Australia, accounting for nearly one in ten cancer diagnoses.

Melanoma occurs when the pigment-producing cells that give colour to the skin become cancerous.

Symptoms might include a new, unusual growth or a change in an existing mole. Melanomas can occur anywhere on the body.

Treatment may involve surgery, radiation, medication or in some cases, chemotherapy. 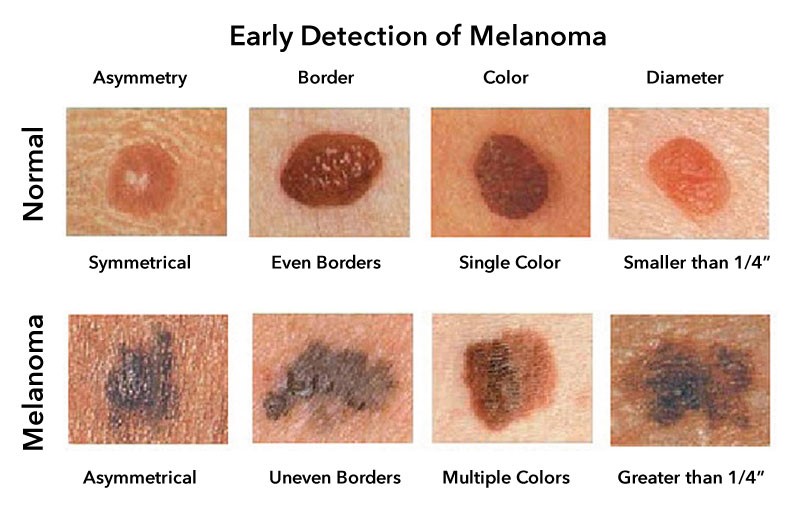 Non-melanoma skin cancers are the most common cancers in Australia, however most are not life-threatening.

There are two main types:

A third group of lesions called keratinocyte dysplasias includes solar keratosis, Bowenoid keratosis and squamous cell carcinoma in-situ (Bowen’s disease). These are not invasive cancers, however may require treatment as some may develop into non-melanoma skin cancers.

In 2015 there were 642 recorded deaths in Australia from non-melanoma skin cancers.

Squamous cell carcinoma (SCC) accounts for about 30% of non-melanoma skin cancers. It begins in the upper layer of the epidermis and usually appears where the skin has had most exposure to the sun (head, neck, hands, forearms and lower legs). SCC generally grows quickly over weeks or months. Squamous cell carcinoma symptoms may include:

Basal cell carcinoma (BCC) accounts for about 70% of non-melanoma skin cancers. It begins in the lower layer of the epidermis (top, outer layer of the skin). It can appear anywhere on the body but most commonly develops on parts of the body that receive high or intermittent sun exposure (head, face, neck, shoulders and back). BCC often has no symptoms and tends to grow slowly without spreading to other parts of the body. Symptoms of BCC may include:

WHERE TO GET HELP